From Metroid Wiki
(Redirected from GBA)
Jump to navigationJump to search 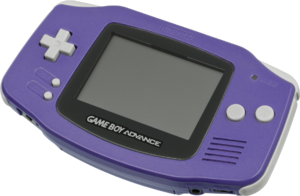 The Game Boy Advance is a handheld game console and Nintendo's successor to the Game Boy Color. The handheld has had 2 improved models also, the Game boy Advance SP and the Game Boy Advance Micro. The family has sold more than 81.5 million units worldwide, very much outselling it's competition the Neo Geo pocket color, Wonderswan, GP32, Tapwave Zodiac, and the N-Gage, as well as being much more critically aclaimed than the other 5. Both Metroid Fusion and Metroid: Zero Mission were released onto the Game Boy Advance.