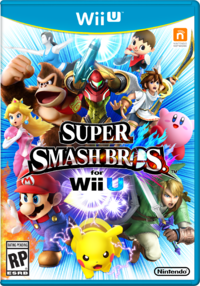 The Super Smash Bros. Series is made up of several fighting games published by Nintendo that feature characters from various established Nintendo franchises and pits them against one another in arena battles. Samus Aran has made an appearance as a playable character in every installment released thus far, and has also been playable in her Zero Suit on multiple occasions.

Various other references to the Metroid universe have been included throughout the games, including Metroid-themed stages, music, bosses, items, assist trophies, stickers, collectible trophies, and other cameos.

In this title, Samus Aran appears as a playable character with a large arsenal of her standard Metroid weaponry. Planet Zebes also appears as a combat stage, and two tracks inspired by Metroid music are included.

Samus returns as a playable character with an augmented arsenal. There are three Metroid inspired stages, all of which are based on areas of Brinstar. The Screw Attack appears as an item, and three tracks inspired by Metroid music are included. There is also a large collection of Metroid themed trophies that can be acquired by various means.

Samus appears as a playable character in her Varia Suit and in her Zero Suit, with augmented a completely new abilities. The Brinstar stage from Melee is included, as well as two new stages based on Norfair and Frigate Orpheon. The Screw Attack returns as an item, and a Metroid assist trophy can be used in battle as well. Ridley and Meta Ridley both appear as bosses, and there are 13 Metroid inspired tracks in the game. Finally, an impressive list of trophies and stickers featuring Metroid elements are also included. 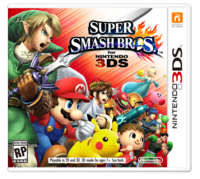 The fourth installment in the series was released on two consoles, with variations between the two games, including stages and enemies exclusive to each version. Samus Aran and Zero Suit Samus reappear as separate playable characters in both versions, and old and new musical tracks, items, enemies, stages, trophies, and more from the Metroid universe appear throughout the game. 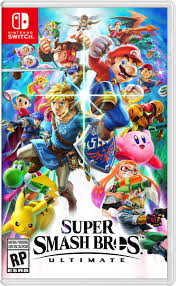 A fifth game released on the Switch on December 7, 2018. It features Samus, Zero Suit Samus, Dark Samus, and Ridley as fighters.