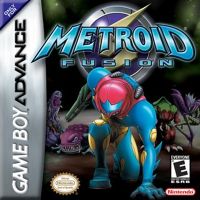 Though I'm trying to fill in as much information as possible, I know there will be one gaping hole in it all, the maps. A map would be simple enough to make, but we're trying to make consistent maps that would be the same for each game. Also, I'm interested in making an article for each room, even in the 2D games, but this of course will be difficult, and possibly a project for a much later time.

Welcome to Metroid Wiki, please keep arms and legs inside the cart at all times. Hands to yourself, no biting, but feel free to scream! I am Malake256, I've been an admin at Metroid Wiki almost since it was first here, promoted alongside TheSuperZeldaMan and Metroidking.

Of the admins and users on Metroid Wiki, I am the go-to guy for templates, tables, and any other general coding stuff. No, I'm no coding genius; in fact, I know very little about coding in general, but I have built a knack for wiki coding. I'm also behind things like the main page, color scheme, etc., so questions/comments can be redirected towards me :] (though I wish I knew more about creating skins). Any general, nonspecific questions about the wiki can be directed toward any of the admins, preferably myself, Metroidking, or Embyr 75.