The Morph Ball, known as the Maru Mari in Metroid and the Morphing Ball in Super Metroid, is an ability that allows Samus Aran to transform into a metallic sphere approximately one meter in diameter.[1] This allows her to travel through tight passages into which she would normally not be able to fit. In some games, the Morph Ball must be obtained as an item before it can be used, while in others it is available from the start. Using various modular upgrades, its abilities can be extended. Its appearance changes depending on the suit Samus is wearing when it is engaged.

Other creatures and hunters can use systems similar to Samus's Morph Ball. 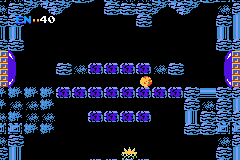 The Maru Mari used to traverse a narrow passageway in Metroid

In Metroid, the Maru Mari is located on a pedestal to the left of where Samus starts the game in Brinstar. It allows Samus to fit into tight spaces and, once the bomb upgrade is acquired, lay bombs.

The name Maru Mari is a direct transliteration of the item's Japanese name, まるまり (marumari). This is derived from the verb 丸まる (marumaru), meaning "to roll into a ball." 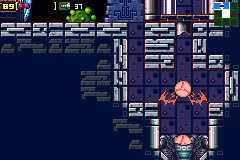 The Morph Ball reappears in the game Metroid: Zero Mission, a remake of the original Metroid. It is once again located on a pedestal in Brinstar directly to the left of where Samus starts the game. Its role is identical to its role in the original game, including the use of Bombs after the appropriate upgrade has been found.

Samus is in possession of the Morph Ball at the beginning of Metroid Prime, but she loses it when an explosion causes her to hit the wall of an elevator on Frigate Orpheon. Samus acquires it again after defeating a large group of Beetles and one Plated Beetle in the Ruined Shrine located in the Chozo Ruins.

It functions in the same manner as in previous installments, with the additional Boost Ball and Spider Ball features and the ability to lay Power Bombs after the corresponding upgrades have been acquired.

Samus has possession of the Morph Ball throughout Metroid Prime Hunters.

For online multiplayer purposes, other Hunters have their own versions of alternate forms that serve the same purpose as the Morph Ball.

Samus possesses the Morph Ball throughout Metroid Prime 2: Echoes, even after the Ing swarm over her and steal most of her upgrades.

Once again, Samus possesses the Morph Ball through all the events of Metroid Prime 3: Corruption. In this game, it is upgraded not only by the returning Boost Ball and Spider Ball, but also by a brand new upgrade known as the Hyper Ball.

Samus has possession of the Morph Ball throughout Metroid II: Return of Samus, and it is once again supplemented by the ability to lay bombs after the upgrade has been found, along with the Spider Ball, which now can be used to climb on the walls and ceiling.

In Super Metroid, Samus loses the Morphing Ball along with all of her other upgrades, leaving only the Power Beam. Fortunately, the Morph Ball is on the same pedestal just to the left of the elevator coming into Brinstar as it was during her earlier mission to Zebes. In this game, the Morphing Ball can be upgraded by both bombs and the new unlockable Spring Ball, which enables Samus to jump in Morph Ball form. Power Bombs can also be found in this game and once again require the use of Morphing Ball mode to be used.

In Metroid: Other M, the Morph Ball, unlike most of Samus' abilities, never has any restrictions placed upon its usage by Adam Malkovich. He does, however, place restrictions on Samus' use of the Morph Ball Bomb and Power Bombs, which once again have to be unlocked. Morph Ball Mode functions as in most other Metroid games, but it can only be activated in third-person mode. 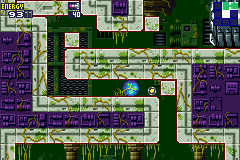 When Samus is injected with a Metroid vaccine at the beginning of Metroid Fusion, she loses all her abilities once again, including the Morph Ball. The Morph Ball is located in the Main Deck and can be obtained by defeating Arachnus X.

The Morph Ball is once again upgraded by the Morph Ball Bomb and the Spring Ball ability, now known as the Jumpball.

The Morph Ball returns in Metroid Dread, although Samus has to destroy E.M.M.I.-03MB at Cataris first. This ability allows Samus to pass through small ledges or holes, allowing to navigate through E.M.M.I. Valves that can be accessed after Samus defeats the surrounding E.M.M.I.

It is one of Samus Aran's special moves, which also drops a small bomb for Samus to go a bit higher.